WRIGHT OUT OF THE GATE: RISK VS REWARD

After a podium finish in moto 1 at Sand Del Lee and a strong overall finish at both Sand Del Lee and Deschambault, I was really looking forward to going to Moncton. I really like the Riverglade track and was feeling pretty confident as we headed into Round 8. I did well there last year and you can usually count on some great ruts and a couple of good lines that provide opportunities for a pass.

Unfortunately, a trip to Moncton was not in the cards for me this year. I crashed hard in practice last week off a jump and got knocked out. They say I was out for about 10-15 seconds. I couldn’t tell you because I really can’t remember what happened just before, during or shortly after the crash.

They say that I looked great coming over a jump one second, and was down hard the next. They say I got up and told everyone I was fine. They say I walked back to the Sand Del Lee shack on my own. They say that for the first 5 minutes all that seemed to be wrong with me were a few bumps and bruises (nothing unusual there LOL). But then, I started to talk nonsense, repeating myself, and asking questions I should already have the answers to. My short-term memory, time and space were all messed up. I thought I was in Carleton Place when I was at CHEO. I thought I had just returned from the western rounds when, in fact, I’d been home for weeks. I knew I had been teaching lessons at the MX101 schools earlier in the day but couldn’t recall who was in the class or what I had been teaching.

The conclusion: I had suffered a concussion. Fortunately for me, my only symptom was the short-term memory loss. I didn’t get the lingering head-aches or nausea that usually go with banging up your head. In fact, 24 hours later, I was feeling pretty normal again. I count myself pretty lucky! I realize things could have been much worse and I strongly believe I have my 6D helmet to thank for that. While I may not look too bad after the fall, I can’t say as much for my helmet. It clearly took the brunt of the fall and did its duty.

So off to CHEO I went with my banged up head and helmet. (Doctors always like to see the equipment to help with their assessment.)

The first doctor I saw was all doom and gloom. She clearly was not a motocross fan. After chatting with me for only a few minutes, she went as far as suggesting that perhaps I should give up the sport of motocross because subsequent concussions could kill me. For a moment I wondered if she was the one who fell on her head. (LOL) Needless to say that she and I were not getting along. I wasn’t surprised that she would err on the side of caution but giving up motocross altogether? Come on! This was my career she was talking about. While I realize my health is important … so is my racing. In my opinion, there needed to be a more thorough analysis and more consideration for my unique situation as a professional athlete.

Fortunately, that was the case with the second doctor I saw. A CT scan and X-rays confirmed that all was well. My head was good. My back and neck were good. So, having reviewed the test results, the more experienced doctor gave me an all clear, sent me home, but asked that I consult my doctor to discuss a plan of return to my sport. Now we were talking! Finally … someone who took health seriously but was also being realistic about my need to get back to the sport I love! I was relieved to hear that I was “OK”. Now the question was when could I get back on my bike? Of course, I was starting to feel a little better and figured tomorrow should be good. I was told to stay home and rest the next day and was recommended to stay off the bike for the next few days. Since it was Tuesday, I interpreted that to mean that Moncton was still a definite possibility and that I would be able to complete the series. Yeah!

Thanks to my trainer Rob Mouland, two days after my crash, I was able to meet with the sports medicine specialist who looks after the Ottawa Senators. Now there’s a guy who would understand a pro athlete and my need to get back in the saddle. He seemed really great until … he suggested I skip the next round of the CMRC pro motocross race in Moncton. He did acknowledge that my concussion symptoms had pretty much disappeared. So technically, I should be able to ride soon. However, he felt it would be wiser to err on the side of caution and get some practice in before rushing back into race mode. But ultimately, he said the decision was up to me.

So … that meant I was good to go right? As far as I was concerned I had received the “all clear” and was going to be heading to Moncton. So my reaction time might slow down a bit. So I might get dizzy once I started to really exert myself during a race. So I might crash again. “Might” doesn’t mean “will” and what were the odds that I would crash again. Right? So I figured I should suck it up and get out there and do my best, whatever that was. If I felt any symptoms, I would just pull off the track. 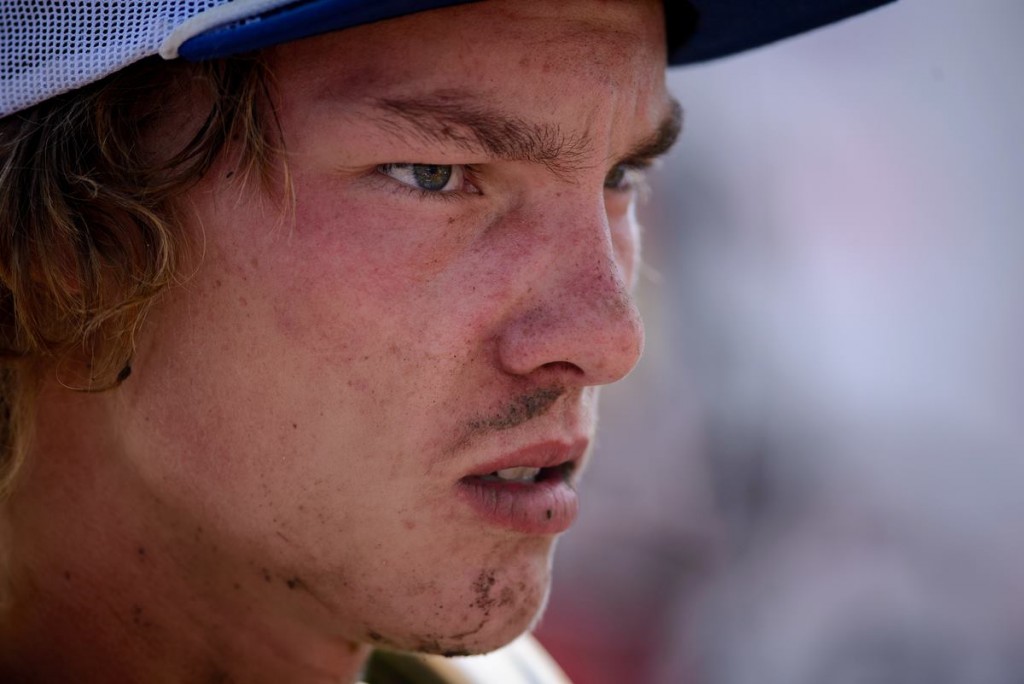 Making hard decisions is what life is all about! Look at the best pro riders closely and you will see a string of smart, thoughtful decisions that are often even considered innovative. You have to learn how to make good decisions if you want to be successful.

At this point, my parents weren’t so sure that was a good idea. They asked me to sit down so we could discuss the risks versus rewards of going to Moncton.

Then there was the issue of my standings in the CMRC pro motocross series. I was sitting 6th in points going into Moncton, only a few points behind 4th and 5th. I can beat those guys! I know I can because I’ve done it before. There are only 2 rounds left after Moncton and I was well poised to be a top 5 guy in my second season as a pro. I’ve tasted the podium and truly believe I could be up there in Moncton, Ulverton and Walton. If I missed out on Moncton, I would lose a whole bunch of points. Depending on how everyone else did in Moncton, I might be lucky to stay in the top 10.

Then there was the issue of my contract with the Canada’s Motorcycle FXR Yamaha team. I made a commitment to MX101 and I certainly didn’t want to let the team, the sponsors or my fans down.

On the reward side of things, I could go out there, feel fine, have some great motos and get the results I needed to move up in the standings, possibly solidifying a 4th place position in the series.

After a rather long discussion, I reluctantly agreed that Moncton would be a no go. It just seemed like so much to ask of me to skip a round and not give it my best shot. I just wanted to “hope for the best” while my parents were focused on “doing what’s best”. Once the decision was made, I was relieved and so thankful to my team for their support. They actually agreed with our decision. (I also want to thank Johnny Grant for coming to CHEO and for sticking around for hours while we waited for the results. This is just one more example of how much these guys really care.)

A head injury really sucks. There’s no arguing with the need to miss a round when you break some bones. I’ve sucked up the pain lots of times after getting some nasty bumps and bruises. I’ve walked away and managed to successfully race after some pretty nasty crashes. But a head injury is probably one of the most frustrating injuries I’ve ever had to deal with. To everyone else, you look fine. In my case, I even felt fine after 24 hours. The problem was, there was no time to fit in some real practice and test the theory that I could do well in a race situation before I needed to pack up and make the long trek to Moncton.

I’ll never know if everything would have been all right if I had lined up in Moncton. However, I’ve come to terms with the fact that we chose to play it safe. While my heart wanted to be in Moncton, my brain (however banged up it was a few days ago) realized that skipping a round meant losing precious points but that another concussion (especially so soon after the one I had on Tuesday) could mean losing a whole lot more.

I hope I never have to sit out another round! I realize it could have been much worse as I think of my fellow racers who have suffered injuries that have prevented them from participating in multiple rounds, some of them losing an entire season. I just hope that when the season does come to an end, my team, my sponsors and my fans will remember and understand the tough choice that was made. Wherever I end up in the standings after Walton wraps up, I hope the decision made for Moncton will not negatively affect my shot at pursuing a career in motocross racing because that … really would “kill” me.

Doing the right thing is about balancing the risks against the rewards. But let me tell you, doing the right thing isn’t always easy. This time, it was decided that the risks outweighed the rewards. I sat out of round 8 because I don’t want to just race motocross today; I want to make motocross a career and battle for podiums and championships for many years to come. Know that when I line up at Ulverton next week, I will be healthy and hungrier than ever to compete.