It’s been over a month since I wrote my last blog. I now find myself in my least favourite part of the motocross season – the off-season. For me, that season starts after the last motocross race at Sand Del Lee in September and lasts till I get to the southern United States to train in early February.

The worst part of the off-season is the fact that you get to ride and race less and less … until you can’t ride or race at all. As you get to September and October, there are fewer races being held within reasonable travelling distance. By the time you get to November, the Canadian fall weather sets in making the ground hard as cement, followed by the eventual winter weather that covers our MX tracks in a blanket of ice and snow.

Add to that the fact that my trainer forces me to “take a break” for a whole month to give my body a chance to rest. It just doesn’t feel right to stop doing the workouts completely. No pedal bike rides. No weight training. No yoga. No off-track training of any kind. This is killing me!!!!

Also add the fact that I have a brutally challenging grade 12 course load at school this semester that involves an insane amount of homework which … in turn … reduces my time to go riding, and I’m sure you’ll understand why I tend to think that this is one of the most depressing times of the year.

I suppose I’m luckier than many other motocross riders in that I don’t have to wonder about a ride for next year. Last year at around this time, I was signing my first pro contract which included being part of the MX101 Yamaha race team for the 2015 season. They’ve been an awesome team and I’m really looking forward to year two in the pro ranks.

I was also hoping that getting my driver’s license would help add some more good vibes to the off-season. That’s right folks, I got my G2 driver’s license on October 8th! I’m really pumped about this. I can finally load up my bike and go to the track on my own. No more counting on my parents, my mechanic Cale, my crazy MX team-mates or the MX101 team to get me where I need or want to be. Ah … the freedom! (as long as my folks let me have the keys of course.) Next step … get my own wheels.

Now driving a car or truck is great and will be very practical for sure, but it’s not nearly as awesome as riding a dirt bike. Let’s compare for a moment.

Dirt bikes win over cars and trucks any day! Well … off to meet my trainer Rob Mouland next week. It’s time to resume the off-track training. I can’t wait! Happy Halloween everyone! 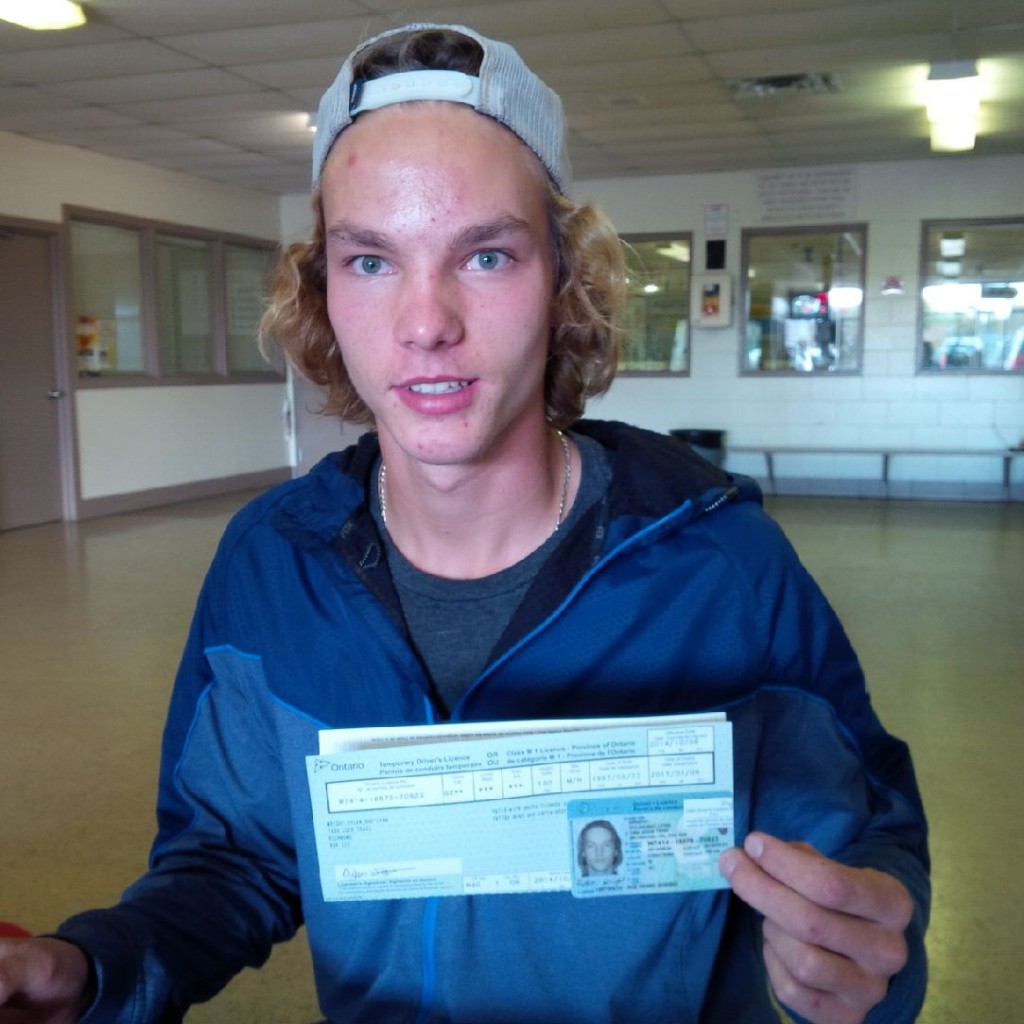